By education I mean an all-round drawing out of the best in the child and man; body, mind and spirit.

The Department of HDFE at Bharati College was started in 1984. The department was initially called Family and Child Welfare (FCW) later the nomenclature has changed to Human Development & Family Empowerment (HDFE). Since the very beginning, the department has been actively engaging with the discipline of Human Development through academics as well as curricular activities.

The society of HDFE Department is called as Utkarsh meaning 'Progress' or ‘Prosperity’. Utkarsh implies reaching heights, has an active student body which organizes many student activities. The purpose of Utkarsh is to provide opportunities for students to showcase and enhance their potential in various domains and keep pace with changes in the society.

Utkarsh is the HDFE department society created and managed by students. It is led by a student union consisting of the president, vice president, general secretary and the treasurer.

The society organized regular workshops for students in the area of:

The Department observes its annual event called the FCW Day

Organizes a number of student competitions: 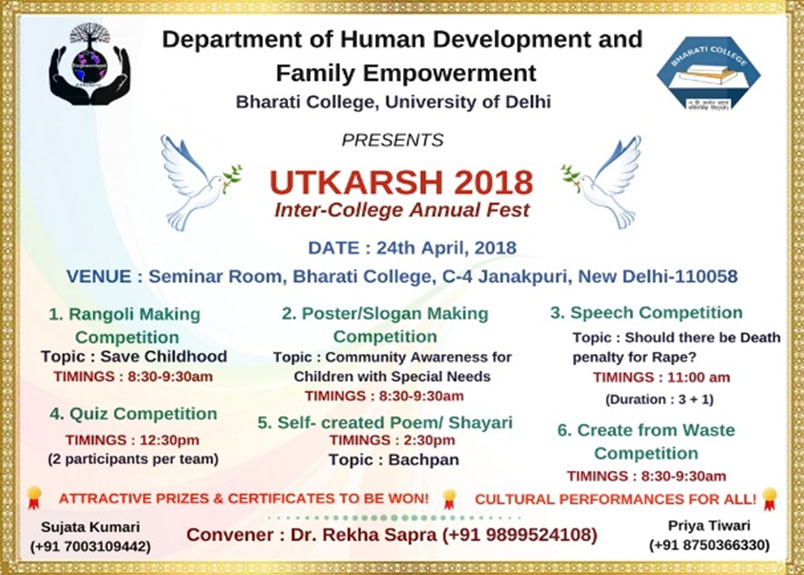 UTKARSH - Inter College Annual function was organized on 24th April, 2018 to encourage creativity in the form of "Self-composed poetry, rangoli, poster making and create from waste like competitions" and various current concerns and issues related to women and children.

Activities for 2019 by HDFE Department

Department organizes many activities with a purpose to give opportunities to students to showcase and enhance their potential in various domains and keep pace with changes in the society. 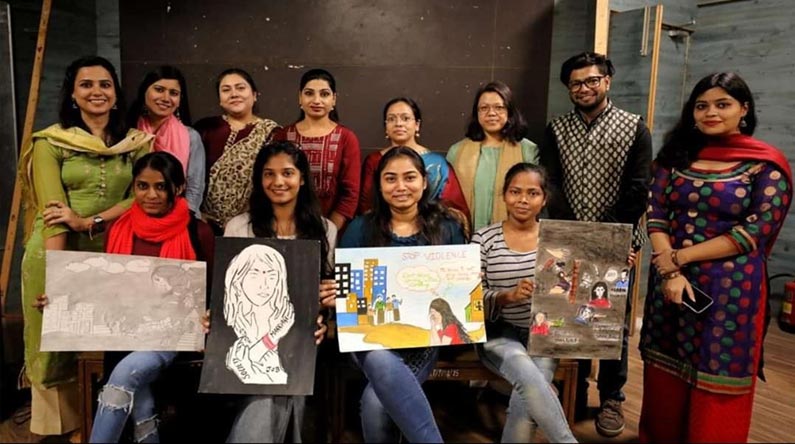 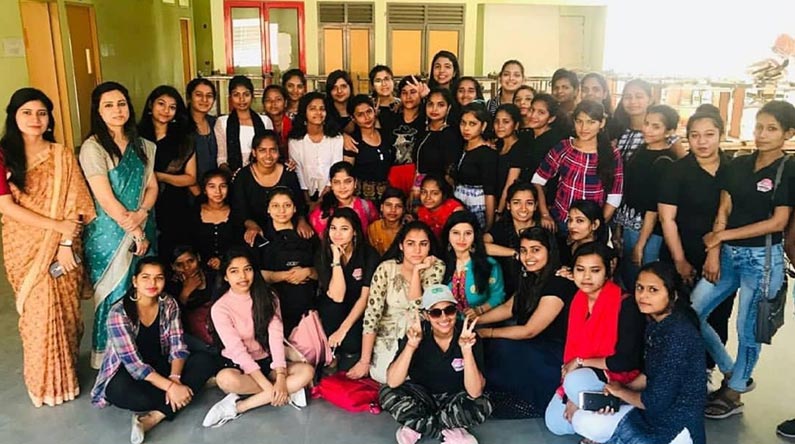 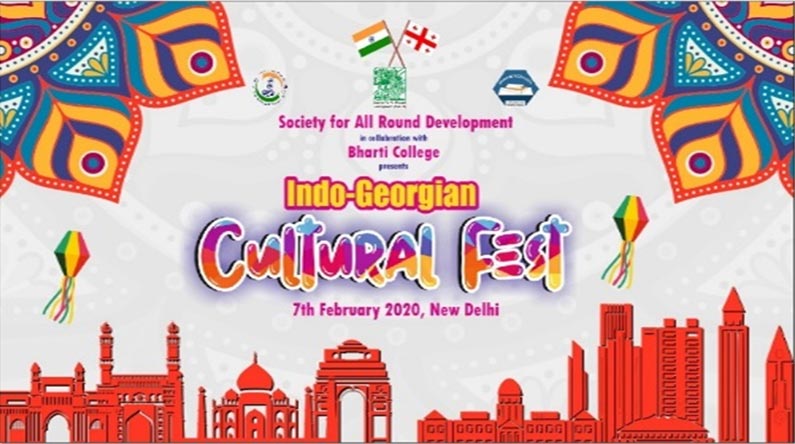 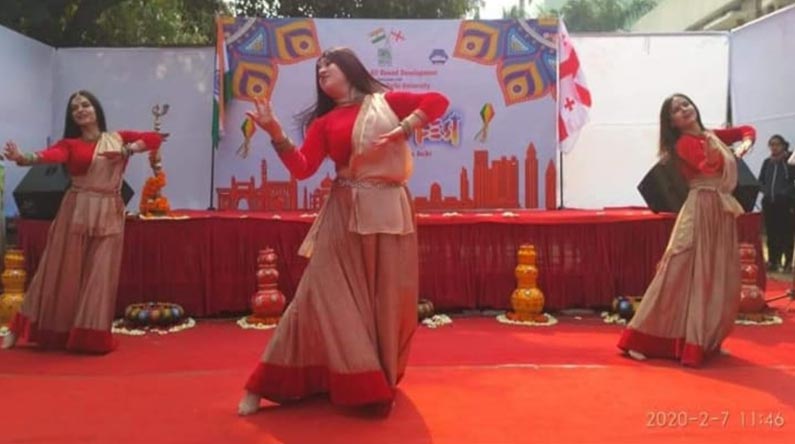 STUDENTS INVOLVED IF WANT CAN GIVE NAME OF OFFICE BEARERS

The aim of the HDFE society Utkarsh is to reach new heights. It will continue to work as an active student body for organising various activities/ initiatives. It will work with the purpose to give opportunities to students to showcase their potential in various domains. It will also keep pace with day to day changes in the society.

All the students taking up B.A HDFE are encouraged to be part of Utkarsh society. Taking part in the society’s initiatives will support and boost up your personality. It will help to develop your interest and enable you to take up leadership roles in later life. Being a part of HDFE society will also strengthen your skills to work as team member.