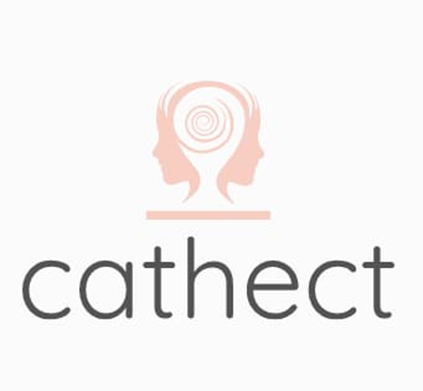 Cathect, the society of the Department of Psychology, Bharati College, was established in 2017. The word Cathect means to invest emotions and feelings. This resonates with our belief of investing enough to become a psychology ‘enthusiast’ rather than just functioning within our roles as students. The department aims to provide a platform to the students where they get to not only learn, but also apply academic principles to engage in new experiences which could mould, develop and transform them into becoming fully functioning individuals. Cathect is a student body with elected office-bearers. Every year, it holds an election for various positions, in which all students of the department vote anonymously.

Cathect attempts to provide maximum exposure to its members by organising seminars, workshops, movie screenings, panel discussions etc., with a broader objective of helping students realize their optimal potential and strengths. Students discover and learn about their inner abilities, talents and soft skills. We, at Cathect, also believe in promoting an idea we deeply believe in: that mental health is as important as physical health. We strive to address the stigma and neglect associated with mental illness and engage in conscious efforts to reduce it.

The year 2018 saw many new initiatives taken by Cathect, such as Quarterly newspapers that were created and published by the students of the Department, focusing on issues like Self Love, Self Worth and Empathy, amongst others. Also, in 2018, the department established the Mental Health Club- Anvaya, that took the initiative to organise events which provided students with unique and exceptional learning experiences under the guidance of Ms Richa Malhotra. The Club organised a Music Therapy Session wherein music specialists visited the College and delivered an enlightening session. The event provided the attendees a soothing and stress-free experience which enabled an exploration of their inner selves.

Another event organised by the Mental Health Club was a Peer-orientation session with student speakers from Jesus and Mary College. The session proved to be extremely informative and gave the students an opportunity to share their thoughts and ideas with similar-aged students. The experience was inspiring and intellectually stimulating. The club also organised a Sensitisation Parade in the college premises, aimed at raising awareness and sensitivity towards better mental health. It was received well by the student audience.

Film screenings of critically acclaimed films, with relevant psychological aspects to them, have been organised by Cathect on various occasions. Movies like Shutter Island and Dead Poets’ Society have been screened, and discussions and analysis sessions based on them have been conducted later, so that students get an opportunity to share their insights on the movies.

Cathect organised its first Inter-College event called ‘DIVERGENT: A Path towards Acceptance’ on 12 October 2018. The speakers were well-known poet and event curator, Ms Divya Dureja, and member of Humsafar Organization and social worker, Mr Gautam Yadav. Both speakers used the platform to spread the message of acceptance of one’s individuality in the light of homosexuality, which is often known to consign people to a marginalized section of the society. The experience proved to be eye-opening and stimulating, both intellectually and emotionally. The event broadened horizons and gave attendees the courage to think beyond boundaries and question the existing ideas of ‘normal’.

Cathect organised the Psychology Carnival: Aurora on 20 February 2019. The carnival was open to students of all departments and colleges. It comprised various competitions such as Open Mic, Mandala making and Mask making.. Other attractions included a Flash mob by students of the department, and a Nukkad Naatak presented by the renowned theatre group, Asmita. The carnival was well attended.

A talk on ‘Eating Disorders: A cognitive, Socio-emotional perspective’ was also delivered by Dr Priya Bhatnagar, JMC, highlighting the prevalence and severity of these disorders in our society, with an attempt to promote mindful and healthy eating behaviours. The students gained insightful perspectives from the session.

On 26 March 2019, Cathect held its Closing Ceremony along with a session on ‘Self and Identity in Indian Perspective’ by eminent academician Professor Girishwar Misra. The closing ceremony marked the end of a successful year for the department.

Cathect began the new academic year with Freshers’ Day on 14 August 2019. The next event was Teachers’ Day on 5 September 2019. This day gave students an opportunity to display their gratitude towards the teachers, who help them to grow and develop in all aspects of life and always wish for their better future.

Cathect celebrated the mental health awareness week with great fervour and zest on 18 October 2019 by organizing Cognizant- Mental Health and Youth. The event was aimed at creating awareness about the various mental health problems that are prevalent among the youth in the 21st century. On this occasion, Professor Girishwar Misra talked about the importance of happiness, self-esteem and other mental health issues in the Indian context. Further, an awareness campaign was launched to educate the students of the college about mental health by organizing a rally and screening of the movie Perks of Being a Wallflower.

Cathect organised its first ever department trip from 8 to 12 February 2020 to Dharamshala and McLeodganj. Students visited famous places such as the Cricket Ground, Bhagshu Fall, Tibetan Monastery, and the Dalai Lama Temple. They enjoyed the mesmerizing scenery, the delectable cuisine and the sprawling local markets. Members got the opportunity to gain knowledge and insight about the Tibetan culture and lifestyle. Students also got a chance to experience various adventures such as paragliding and trekking. This trip surely will remain special as it was the very first in the line of many upcoming trips.

On 25 February, Cathect organised its annual carnival Aurora-2.0. Events centred on the theme Yin-Yang. Relationship expert and counselling psychologist Ms Praneet Kaur was invited to speak on Relationships and Mental Health. A debate competition was held on the topic Two sides of feminism followed by events such as Slam Poetry, around the topic What’s normal?. Participants portrayed their definition of “normal” through their poems. A quiz competition and an online photography competition were also held. Asmita theatre group performed a Nukkad Natak titled Mard, written and directed by Mr Arvind Gaur.

Cathect launched an e-support group in the wake of Covid-19, wherein the entire world is in the grip of the pandemic, affecting many people, not only physically but mentally too. Students especially are under immense pressure during the lockdown. Keeping in mind the effects of the pandemic on people, especially youth, Cathect created a support group on Instagram and Facebook named “We’re here, we’re hearing”. Through this group, people found it easy to share their emotions and get much needed social support.

The first batch of the Department of Psychology, Bharati College, graduated in 2020. An e-farewell was organised due to the lockdown in the wake of the Covid-19 pandemic. Songs were sung and informal accounts of their college days were given by the students as well as the teachers. It ended on an emotional but positive note with the teachers wishing the students luck for their future endeavours.

The students of Cathect enthusiastically participate in various endeavours to expand their knowledge beyond the walls of the classroom. Cathect takes pride in having its members interned with several prestigious organisations such as the Indian Psychiatric Society, Fortis Hospital, Gangaram Hospital, Youth for Mental Health, Light Up, and The Psych School (India).

We at Cathect strongly believe in upholding human values of compassion, support, and acceptance. Through its short yet meaningful existence, Cathect has made it its utmost priority to enrich students and teachers with experiences that build them as individuals.

We at Cathect look forward to expanding our family by welcoming a new batch of juniors. Though we are living in an unconventional era owing to the pandemic, that doesn’t diminish our zeal and excitement to get acquainted with our new members. We assure you academically and personally enriching experiences through the next three years, by offering psychosocial support and guidance constantly, and wait to welcome you with great fervour.