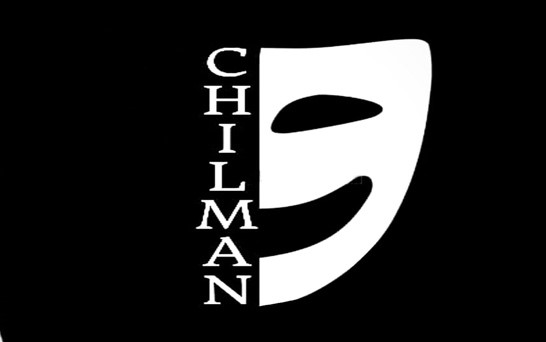 I regard the theatre as the greatest of all art forms, the most immediate way in which a human being can share with another the sense of what it is to be a human being.

The Dramatics Society of the College became active in the year 1999 under the Red Stockings Society of the Department of English. In the year 2001 it became an independent body under the name Chilman, no longer limited to one department but open to all students of the College. The word Chilman means screen or drapes. Since its inception, Chilman has done significant work and has given a new impetus to theatre in the College.

The objective of the society is to foster talent for theatre, and to promote in the College a vibrant theatre culture. For this purpose, it stages productions, mime and mono-acting performances, participates in competitions and the like. Its activities can be categorized under three heads: theatre workshops, major productions and minor and experimental productions.

Chilman is an ambitious society which strives for excellence. As part of this quest, it puts up one major production every year. Over the years we have put up plays like Birjis Qadar Ka Kunba (The House of Bernarda Alba), Romeo and Juliet, Ghasiram Kotwal, Andher Nagari Chaupat Raja, Kanpur ki Aurat Bhali … Ramkali (The Good Person of Szechwan), Oedipus Rex etc. These shows are put up in College, thus exposing a wide audience to good theatre. Sometimes, shows are also staged in outside auditoria, such as that of the Little Theatre Group.

In March 2015, Sonali Jain directed W. B. Yeats’ The Words upon the Window Pane for the International Conference Yeats and Kipling: Retrospectives, Perspectives.

In 2016, Chilman performed Khol Do, based on the famous story by Saadat Hasan Manto, at several venues. It won the best production prize at Kalindi College and second prize at Abhivyakti

2016-2017 Another play based on Manto’s work, Kali Salwar, was performed at multiple venues. In March 2017, Rudaali was also performed.

On 17 March 2018, Chilman performed A Night in Jail, a bilingual adaptation by Sonali Jain of The Night Thoreau Spent in Jail, a play on Henry David Thoreau by Jerome Lawrence and Robert E. Lee. The play was performed at India International Centre as the closing event of the International Conference on Thoreau.

2018-2019: In September 2018, a two-week long workshop was held to adapt the famous author, thinker and psychoanalyst Sudhir Kakar’s Mira and the Mahatma into a Hindi play.

2020: The latest production A False Woman's Love (scripted by Pragya Dhiman and directed by Meenakshi Bharti) was lauded at multiple venues. It was based on realistic representation of the ideas/dogmas/unacceptability around queer or LGBT group and what is the role of society in accepting it in the public domain.

Over the last 19 years, Chilman has won numerous awards. Only a few are listed here.

Theatre groups in our society play an important role in promoting social discourse and potential social change. Theatre and performance are cultural phenomena for self-expression and the process of mirroring in society. Through them we can represent social issues and concerns, and come together as a community attempting to move towards social change. In university spaces they provide an opportunity to students, boost their morale, enhance communication skills and raise appreciation for various art forms existing in the world.

To those who wish to join us

Chilman is an extraordinary group of close-knit women, who put performance above perfection, collaboration above individual succession and creativity above convention. They do not merely perform with the intention to win, but perform because they wish to inspire change and educate people about topics that may be taboo. As part of our commitment to good theatre, we are ready to laugh and weep, but also question, provoke, denounce and disturb.