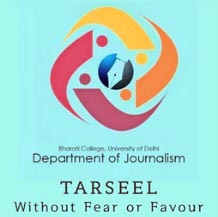 Tarseel, the society of the Department of Journalism, Bharati College, was established in 2018. The word Tarseel, which means to communicate, reflects upon our motto of developing inquisitive and socially conscious minds through a culture of dialogue. The department aims to create critical thinkers with sound ethical core and integrity who steer the discussion on issues of social relevance by unearthing facts.

Tarseel attempts to provide academic and practical exposure to students by conducting debates, discussions, movie screenings, seminars, workshops etc. concerning the media industry and different facets of politics, society, gender, culture etc. Students get ample opportunity to showcase their talents and hone their communication and interpersonal skills. Office bearers are elected by the student body every year through a democratic process.

We at Tarseel, encourage students to broaden their perspective, to chase truth, to not be afraid of challenging the status quo, to not lose their moral ground even in the face of adversity and to become pragmatic change makers.

Since its inception, Tarseel has engaged in discourse pertaining to the evolving media space. A two-day lecture series highlighting diverse perspectives on the role of media in society was organised in collaboration with the Indian Institute of Journalism and New Media, Bangalore. Topics like ‘Fake News’, ‘Credibility of Social Media’ and ‘South Asian Perspective in Media Coverage’ were discussed by experts of the field. In times when New Media is emerging and fake news is on the rise, the session armed the students with critical thinking and provided them with fact checking tools.

On several occasions, students visited India TV Broadcast Centre, NDTV and Doordarshan Bhawan as part of the interactive audience for popular talk shows like “Aap Ki Adalat”, “Hum-log”, “Muqabla” and “New India Sankalp”. This gave them an insight into broadcast media and how professional studios work.

In the wake of the historic annulment of Article 377, an intra college flash mob “Dance for Pride”, to create awareness about LGBTQ community, was organised in the college campus and later at the Delhi University Art Faculty. It saw extensive participation from students of other departments. The e event was reported by local and campus-based media channels.

Breakthrough India, an international human rights organisation conducted training sessions on topics such as ‘Gender sensitisation’, ‘Understanding Power and Patriarchy’ and ‘Gender-based Violence’. This was followed by two-month film making workshop where students of the department prepared their own short films about domestic violence, cyberbullying, mental health and same-sex relationships etc. The films were screened in college later.

Tarseel organised its first annual media festival ‘Journउtsav: Fest of Expression’ on 5th-6th March 2019. The two-day inter-college fest brought together renowned professionals of the media industry. It comprised of a plethora of events such as Talk show on ‘The Role of New Media’ by Sandeep Amar (former CEO of Indian Express Digital), Panel discussion by Aditya Menon (Associate Editor, The Quint), Vikas Kumar (Multimedia Journalist, Asiaville Interactive) and other eminent speakers on ‘Election in the Age of New Media’. Akshita Nagpal, an independent journalist delivered a talk on ‘Gender Representation in Media’. Paranjoy Guha Thakurta, esteemed journalist, author and documentary filmmaker graced the occasion with his enriching and a riveting session on media and democracy. 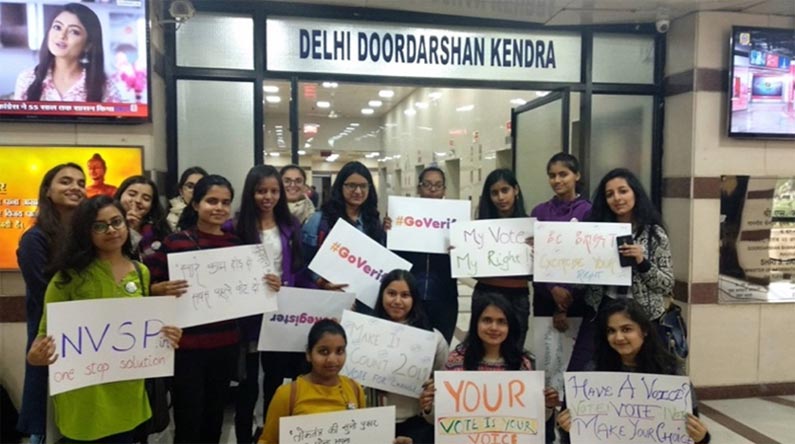 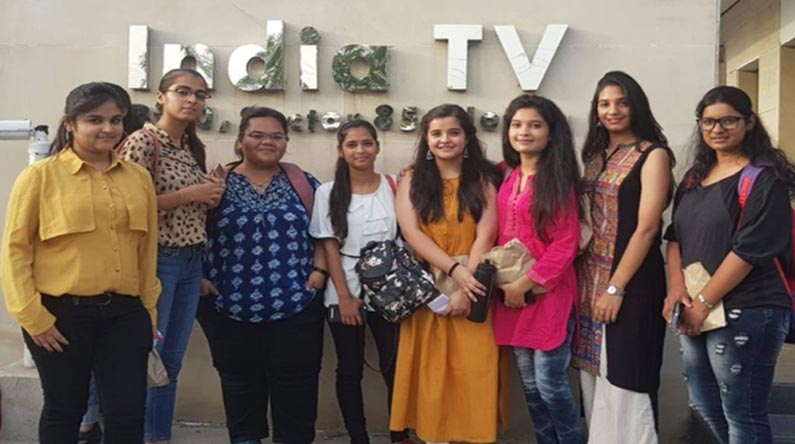 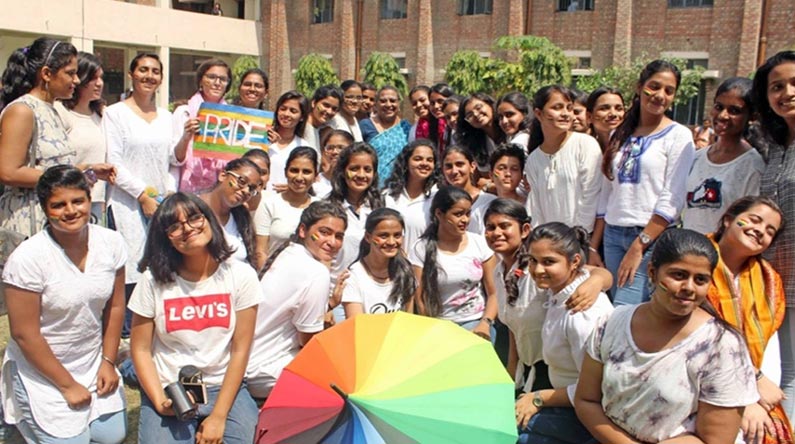 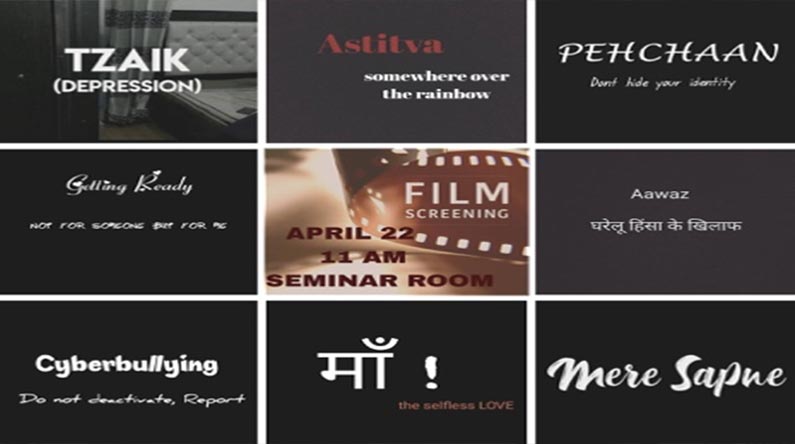 Commencement of each academic year opens ajar a plethora of opportunities for the students. Yet again students witnessed an amalgamation of practical exposure and cohesive theoretic learning. The academic year 2019-20 began by welcoming new minds to the Tarseel clan.

Numerous field trips to the news studios were organized to bridge the gap between theory and application. The Delhi University Teachers' Association elections were reported live from the North Campus by the students of the department. They captured footage, interviewed the candidates and the voters and prepared news reports.

A workshop on "Perception and Projection: The Documentary Image" was organized with Mr Aditya Seth, award-winning short film and documentary filmmaker and founder-director at the 'Indian Academy of Shorts'.

The club also organized a week-long "woollen clothes donation drive" from 11th-15th November 2019 with the motive of helping the underprivileged beat the chilly winters.

Through the course of this session, a collaborative event was organised naming 'The Idea of India' to understand the debates and narratives that shape the ideas around India. Lectures, poetry, artwork, quiz and plays were organised. On 28th January 2020, the prestigious Red Ink Receipt and the Senior Editor at The Wire, Arfa Khanum Sherwani addressed the students.

'Journउtsav' - the annual fest of the Journalism department iced the year with myriads of fiestas. The two-day event was held on 5th-6th March. It included panel discussions, talk shows with renowned journalists, street plays, film making, campus journalists and varied extra-curricular activities. Meghnad S and Manisha Pande from Newslaundry along with Rohith Upadhyay spoke on 'Media: The Architect of Public Belief and Social Change'. Eminent names from the industry like Rohini Singh (Journalist at The Wire) Aarti Tikoo Singh (Foreign and Strategic Editor at IANS), Bashir Malik (Former Director of Doordarshan) and RJ Sayema (RJ at Radio Mirchi) were other speakers at the fest who discussed about 'Protection of Human Rights in Conflict Zone', 'Media Gaze on Student Politics' and 'Media, then and Now' respectively. The successful completion of the event marked the exemplary teamwork and creativity put forth by young minds.

During the pandemic, an initiative called 'Together against Corona' was taken for students to share how they are dealing with the stress due to the lockdown. A creative competition on the theme 'Women: Silent victims of Lockdown' was held. Students from different universities sent entries in the form of essays, poetry, photography, videos, posters etc. 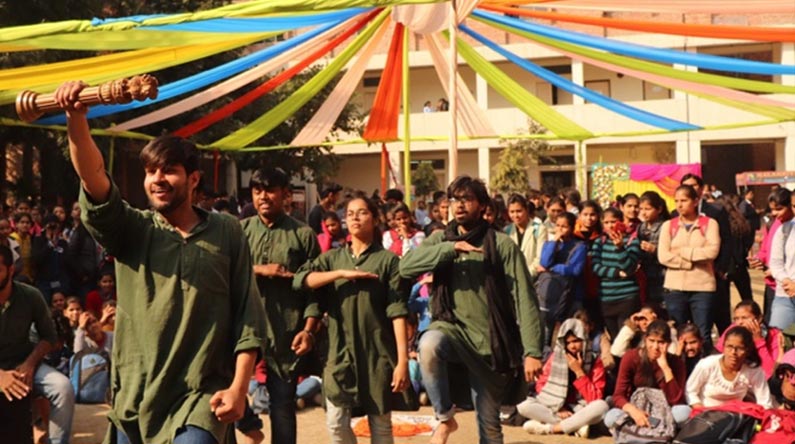 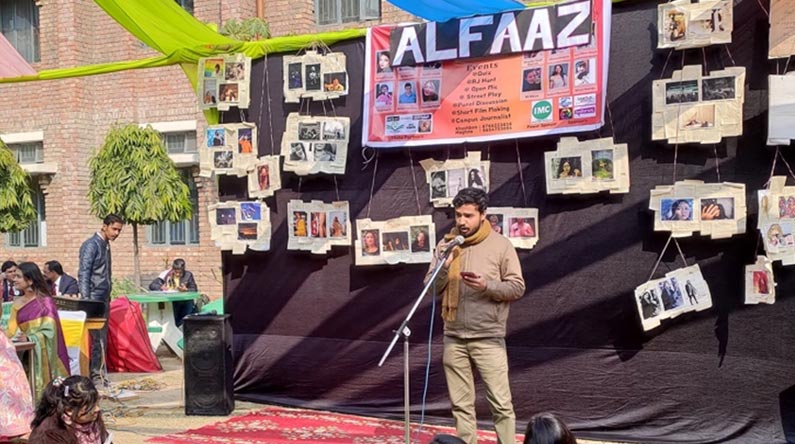 Blog, Newspaper and Magazine and other Clubs

As a part of hands-on training, the department this year launched the college's first-ever newspaper titled "The Bharati Gazette". The newspaper promulgates journalistic integrity and ethics, thereby presents an objective assessment of all the happenings and at the same time, gives equal space to different point of views. It covers news stories comprising interviews, features, opinions, investigative reports etc. It also covers college events and news from all over the Delhi University.

Bharati Buzz is an annual magazine which has engrossing stories and covers a spectrum of topics like politics, gender, society, lifestyle, health, reviews, personal accounts etc. Reporting, editing and designing are done by students themselves.

The department blog ‘Blickwinkel Youth’, is an attempt to ignite discourse and is a safe space for imaginative, critical and unconventional stories. It is dedicated to exploring an array of topics that require immediate attention or are lost behind the noise. In a time when we have mindsets driven by agendas and divided by ideologies, we wish that every individual must come up with a perspective. The blog receives entries from across the college and several articles from the blog have been published on other websites like DU Updates and Campuslly.

The Social Awareness Club gives the activist in you a platform to raise your voice about issues that cripple the society. Occasionally, it conducts drives for collecting clothes, relief material and books etc. for distribution among the deprived. It organises rallies and plays to initiate a conversation and spread awareness about otherwise debarred issues.

The Photography Club members are given the responsibility of capturing any event that happens in the college premises. Students get to use professional cameras and are taught other techniques. 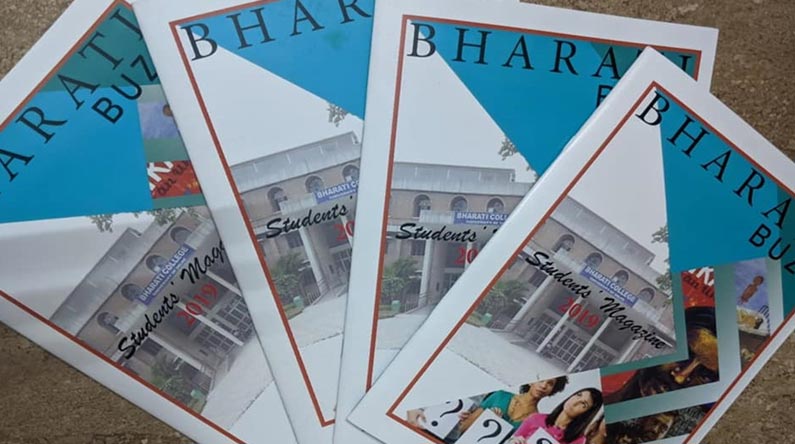 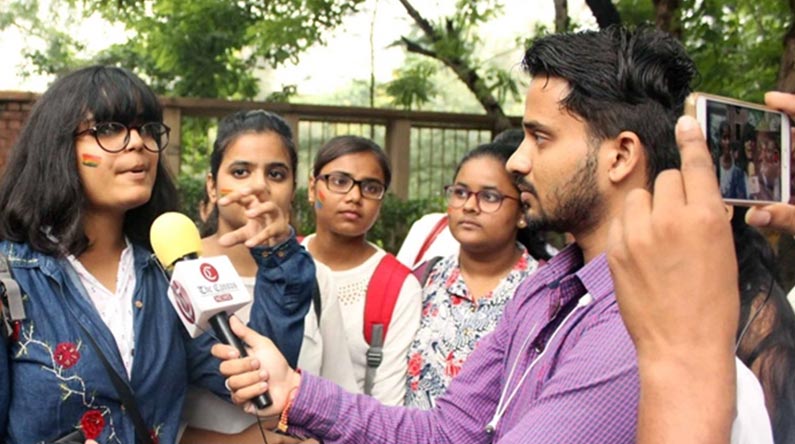 A Note for First Years

We at Tarseel look forward to young curious minds joining us. We commit to extend the learning beyond the realms of the classroom and to channelize your interests through a series of multidisciplinary events. We aim to work in conjugation towards moulding each other into well rounded individuals capable of creating a difference. Thereby, creating a diverse and innovative community of the highest calibre who work for the common good. 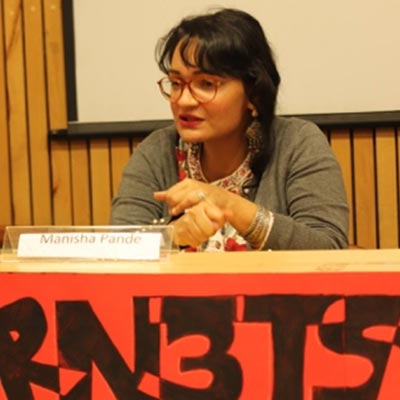 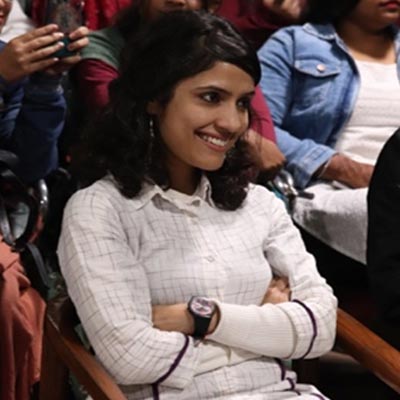 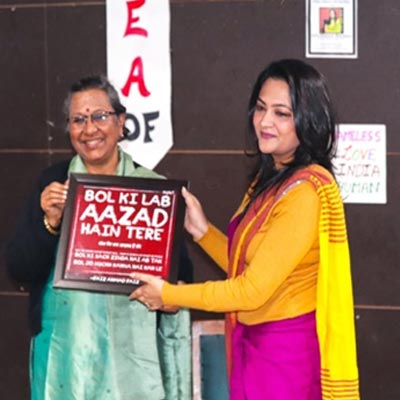 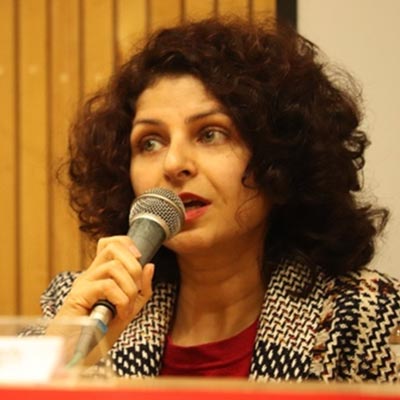